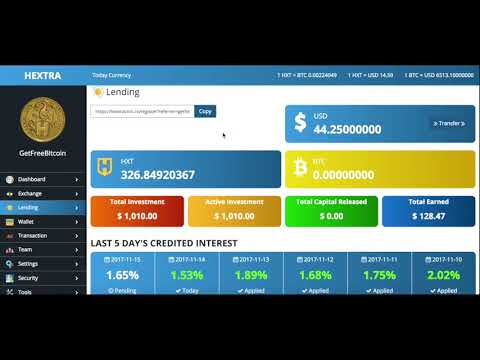 Lition - $8 Million Dollar Market Cap With Real Use Right Now and a New Product They Are Developing Which Has Huge Potential.

I’m not usually one to shill my own coins but I’ve stolen a few good picks from this sub so I thought I’d share a new one I recently stumbled upon. Before I go into more details, I’d like to preface this by saying that I never invest in anything which I don’t think has the fundamentals to last at least 5-10 years and I don’t think this is a project which you will see a few hundred percent gains in a month or two. The hype isn’t there with this project and it’s more of a mid-long term play. If you want overnight gains, gamble on some of the smaller caps posted in this sub which are more like ponzi schemes riding on DeFi hype which you sell to a greater fool.

Lition is a layer 2 blockchain infrastructure on top of Ethereum that enables commercial usage of dApps. The Lition protocol complements the Ethereum mainchain by adding features such as privacy, scalability and deletability for GDPR compliance. Everybody can choose to build on Lition without the need for permission.


In addition to the above, they also have a P2P energy trading platform currently operating and is supplying green power to customers in over 1000 towns and cities across Germany. Through their power platform, Lition customers are able to save about 20% on their monthly energy bill, while producers generate up to 30% higher profits since they are cutting out the middle men.
However, the real moonshot here is not their already successful smart energy platform (which utilises the same token) it is the enterprise layer 2 solution described in the quote above.
Their layer 2 enterprise infrastructure which is still in development will offer infinite scalability through sidechains and nodes staking LIT tokens on these sidechains. Block times will be fast at around 3 seconds and fees will be tiny fractions of a cent. However, the real selling point for enterprises will be that the data on these sidechains can be deleted and can be public or private, with private chains being validated via Zero-Knowledge proofs to verify that the private data is correct. This is huge and makes Lition a solution for a wide range of enterprise use cases due to these optional features. But it doesn’t stop there. Lition is also GDPR compliant - a big deal for Europe based enterprises and for the record, very very few blockchain solutions are GDPR compliant (I believe VeChain is one of the few other projects which are).

Their token has two primary uses. First, it is a utility token and they plan on making the LIT token the preferred payment method for all of the services on the Lition protocol. Secondly, it is used as collateral for staking which I can see locking up a large proportion of the supply in the future.
Unfortunately the circulating supply is currently 50% of the max supply but that said, coins like LINK have just 35% of the total tokens currently circulating, so relative to other projects, this isn’t too bad and many of the tokens are still to be earned by staking.

With their existing energy platform seeing real adoption and steady growth in Germany, in my opinion, this alone would be enough to justify their current market cap. However, I can see their second layer solution for enterprise being a really big deal in the future as protocol coins tend to accrue more value than utility tokens. As a versatile L2 solution for Ethereum, LIT gets the best of both worlds - adoption and network effects from Ethereum by helping it to scale as well as accruing value from the wide range of enterprise use cases which can be built on top of Lition. At just $8 million dollars in market cap, it seems to me that their work-in-progress L2 enterprise solution has not been priced in. However, due to a lack of hype and marketing right now, I don’t see LIT exploding in the short term. Rather, I can see it slowly outperforming ETH and climbing up the CMC rankings throughout this bullrun, much like Chainlink did in the bear market. Their building and partnerships over marketing strategy also reminds me when I held Chainlink back in 2018 when Sergey was busy building out the project rather than blowing their ICO money on marketing a bunch of vaporware like so many other projects.
Personally, I can see LIT becoming a top 100 project (not top 10) as it isn’t the first of an important new type of project like Chainlink was/is but it is an L2 protocol with unique advantages and selling points over other existing L2 projects which scatter the top 20-200 range. This would put the market cap at just under $120 million dollars which is a 15x from here. This is of course a valuation which assumes that the total crypto market cap remains where it is right now at just under $400 billion dollars. However, if BTC makes it to 100K and Ethereum gets to $5K then that is another 10x from here which compounds on any LIT/BTC or LIT/ETH ratio gains. In this scenario, a top 100 project would be worth around $1 BILLION DOLLARS by market cap which is over 100x from here and probably even more if ETH hits 10K and Bitcoin dominance falls back down to the 30% range or below towards the end of the bullrun. Disclaimer, the above figures are a theoretical best case scenario and are far from financial advice. They are my moonshot estimates which assumes all goes well for the project and the wider crypto space.
Website: https://www.lition.io/
CoinGecko: https://www.coingecko.com/en/coins/lition
Medium: https://medium.com/lition-blog

TL;DR: LIT has current real world use which is consistently growing with their P2P energy trading platform and has huge potential with their new L2 protocol for enterprise due to its unique features. They have a close partnership with SAP and are also partnered with Microsoft. Currently around #400 on CMC, my target is for LIT to be top 100 by the end of the bullrun.
Edit: Sorry 4chan, I didn't mean to shill one of your FUDed coins. Lit is a shitcoin scam, ignore this post.

$40 in Free Bitcoin with $400+ Deposit on Celsius Network Plus Earn Up to 15.89% Interest Annually on Your Cryptos like Bitcoin and USDT & Interest Paid Every Monday - Crypto Lending App

Celsius Network is a crypto lending app that pays you interest (compounded, up to 15.89% annually) every week on your crypto deposits. You can also take out a loan with Celsius Network using the crypto as collateral without selling your crypto. Celsius Network is open to all users globally including the UK and Europe.
Celsius Network was founded in 2017 by Alex Mashinsky, one of the inventors of VOIP (Voice Over Internet Protocol), and Celsius gives 80% of its profits back to its customers that's why it offers high interest rates on your crypto deposits (see article here).
For a limited time, Celsius is offering free $20 in Bitcoin bonus after making an initial deposit of $200 or more worth of any supported crypto like Bitcoin, Ethereum, and USDT when you use my referral link or code after you complete the KYC process. You don't get the Bitcoin bonus if you don't signup using a referral.
Plus there is an additional promotional code (see below) that you can input into the app after you make the initial deposit to secure the first bonus which will earn you an additional $20 in free Bitcoin after making additional deposit totaling $200 or more in crypto.
That's a total of $40 in free Bitcoin bonuses after making two separate deposits of $200 or more in crypto. Full details below.
You'll also earn up to 15.89% interest annually (or higher) on all the cryptos you deposit including BTC, ETH, BCH, XRP, and USD stablecoin (like USDC, USDT, DAI, PAX). Plus there are no minimum deposit and no fees to deposit or withdrawal!
I love Celsius Network because is interest is compounded weekly and paid out every Monday.
Here's the process to claim your free $40 in Bitcoin bonuses:
Due to crypto prices go up and down, I recommend depositing at least 5% more in crypto to secure the bonuses. For example, if you need to deposit $200 or more to receive the SUMMER bonus of $20 in free Bitcoin, then deposit at least $210 in crypto.
I recommend using Crypto.com, Coinbase, Gemini, or BlockFi to buy crypto like Bitcoin or USD stablecoin and transferring to your Celsius Network account for the initial deposit and promo code.
Remember DO NOT withdrawal any crypto from your account for at least 30 days until the free crypto bonuses are unlocked. Besides every Monday you'll be earning interest on the crypto held in your Celsius Network account.
If you want to buy more CEL token (Celsius Network token) to earn higher interest on your crypto deposits, signup for Liquid crypto trading platform to buy or sell and earn 10% back on all trading fees - https://www.liquid.com/sign-up/?affiliate=InZmUQNE727430 (non-ref link)
Leave a comment or send me a message if you have any questions! :))
Have a great day!

Get the best cryptocurrency exchanges of 2020 in Europe. Compare trading platforms, fees, security level, crypto and fiat offer and all pros and cons. available tools, registration (verification), customer service and much more. Choose the best trading platform and become successful crypto trader! The best bitcoin and cryptocurrency Best Bitcoin Trading Platforms. The first step to get started trading bitcoin is choosing a reliable platform. When starting out with bitcoin trading, we recommend that you opt for a user-friendly Coinbase can be referred to as the best crypto trading platform as it is one of the largest bitcoin exchanging websites. It is trendy because of its liquidity and security. As a significant bitcoin broker, it also has features like wallet, API for developers to connect third-party apps, and trading. Trading 212: Best trading platform in Europe for beginners Best for entry-level traders and mobile trading Trading 212 delivers a great package of tools for both investors and new traders, including a 4.6-star rated powerful mobile app, zero commission pricing model , competitive spreads, €0 stock and ETF investing, an extensive library of Best Bitcoin Exchange for Europe. Bitcoin and Blockchain, that’s the future. Contract processing via Smart Contracts. Cashless payment contact. A market that is fast, efficient, forgery-proof and fraud-proof. All this is to be guaranteed by crypto currencies such as Bitcoin.