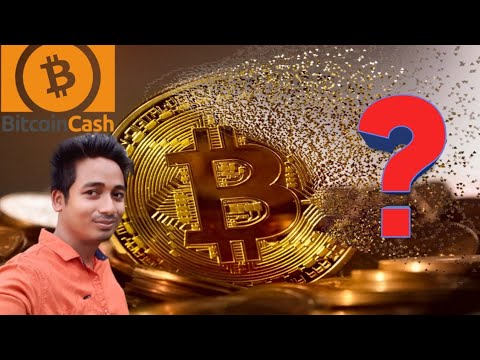 Mere pass shares hai, sona chandi hai, tumhare pass kya hai? Mere pass bitcoin hai. Hain, woh to mere pass bhi hai. Aapke pass hai kya ye Bitcoin? Coming back to the blog, our topic for today is ‘Cryptocurrency.’ So, Bitcoin is nothing but a cryptocurrency. A cryptocurrency is a digital or virtual currency designed to work as a medium of exchange. It a decentralized currency that uses cryptography for security and verification purposes during transactions.
Let us first understand the meaning of currency. Currency is nothing but a medium of exchange for goods and services used in a particular country. Being in India, our currency is Rupees. Consider, you are having an Rs. 2000 rupee note, so what is the value of that Rs. 2000 note? You’ll say, the value is Rs. 2000. Who determines it? Again, you’ll answer, it is determined by the Government of India and it is also duly signed by the Governor. So, the value of that note is Rs. 2000 only.
Now, consider you are having a Bitcoin with you. What is the value of that bitcoin? Oh oh wait, you are describing that value of bitcoin in rupees. That means in order to describe the value of a bitcoin, you need another currency to do so. Also, the value you are describing of a single bitcoin is varying i.e. yesterday the value of a bitcoin was something else, today it is something different and tomorrow again it will change. But, when I was talking about the value of an Rs. 2000 note, its value remained constant i.e. Rs. 2000. It didn’t happen that that value of that Rs. 2000 note was something different yesterday, it is something else today. But that isn’t the case with bitcoin. You need the help of another currency to draw the value of a bitcoin. Then how can you call that a currency?
On the other hand, the value of an Rs. 2000 note is Rs. 2000 and it is authorized by the Government itself and has the sign of the governor on it as well. Every country has a specific authority that authorizes the specific currency and draws a specific value of that currency of their particular country.
But, when it comes to bitcoin, I have a question to ask. What is the value of that bitcoin? Who authorizes that bitcoin? There’s nobody. Toh jao pehle uss insan ka sign leke aao jisne bitcoin ko value di hai. Thus, it means that bitcoin has no value as such. In order to derive its value, bitcoin needs the support of another currency.
Talking about gold, if I ask the value of 1 gm of gold, you require another currency to derive the value of gold as well. Now, the availability of gold is scarce. The same is said for bitcoin as well. Gold is extracted from mines. Similarly, bitcoin too is extracted from mines. Now, some people will start thinking bitcoin is similar to gold. Not true at all. Gold is formed by nature and God, we cannot replicate it. Whereas, bitcoin is found and made by the man himself. We can make as many cryptocurrencies as we want, but we cannot make another gold.
Thus, it means that cryptocurrency as such doesn’t carry any value of its own. But, the block-chain technology that is used here in the future of the world. Let us understand what blockchain technology is all about. If 1000 people are a part of the chain and a transaction between 2 people takes place there, then there will be an entry in the books of the rest 998 people as well to serve as a purpose of record. In this manner, even without the involvement of a third party, successful record-keeping is maintained. This is a great innovation.
Still, what is more, important to note is that cryptocurrency in itself has no such value of its own. Most of you’ll think that if bitcoin has no value, then why were behind going crazy behind it? The answer to this is, just because its price was rising high, people were getting behind it. People had the misconception that the ones having more bitcoins will be the richest person alive. And the ones not having the bitcoin felt as if they are poor just because of the fact that they didn’t own the bitcoin.
So just to be socially fit meaning that out of the fear that others own bitcoin while I don’t, hence people bought those bitcoins. Thus, a bubble of bitcoin was created and which eventually busted and the price of bitcoin started falling. Due to this, too many people suffered losses.
It is important to note that in India, dealing or trading in any form of cryptocurrency is illegal. Only the price of the bitcoin was going up but there was no such value to it. The famous poet ‘Oscar Wilde’ has quoted right, “People know the price of everything but the value of nothing.”
Talking about Cryptocurrency, even Warren Buffet refused has to find any value to it. If we go to the share market, we can find shares that are associated with their respective companies, hence, it is possible to gauge its value. So, whenever you plan to invest in something always make sure to analyze the pros and cons of it.
Until our next blog…