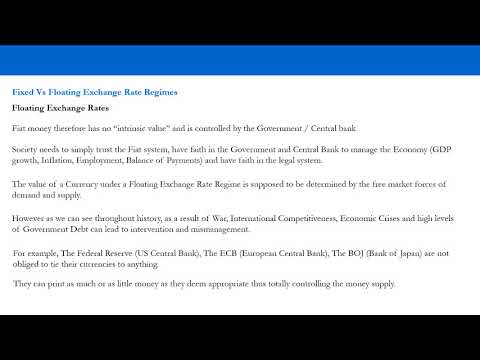 Hello!
i thought it would be fun to start trying to do some technical analyses of kpop idol-rappers and enough other ppl seemed to enjoy the idea so here i am! Very self centered of me to think you care about my opinion but if you don't care about it you don't have to read this! It costs zero dollars to click away from here!
​


Ranking system:
I will give a tier ranking using the S / A / B / C / D / F tier system.
Here is a full breakdown of what i consider each tier to represent generally. If you care about how I rank these folks I highly recommend checking it out
I give tiers based on the following aspects technical abilities like speed/breath control/enunciation/dynamics/and complexity of flow, cohesion with the group, creativity/originality, emotional delivery and versatility.
Note: I consider an AVERAGE idol rapper to be around a D or C tier. If you think my ranking is harsh that's what i'm comparing against.


Some Disclaimers:
This post is fxckin long
This post will cover both technical aspects of rapping and some more critical analyses including my own personal opinion. I will try and justify my opinion as best possible but in the end, the opinion belongs to me and only me, if you enjoy a rapper I don't, or if you don't enjoy a rapper I do, that is all ok! Additionally if you are uncomfortable seeing your faves criticized this might not be the post for you! All of our faves have flaws and room for growth and pointing them out does not diminish their talents or hard work.
If you disagree with my analysis I'd love to hear your thoughts! If i get something incorrect please feel free to correct me in the comments! I am open to criticism and correction!
!!!!!! I will do my best to point out both an idols strengths and weaknesses, but I will not water down my opinion to do so. !!!!!!
My preparation for this post was listening to ALL the tracks the group had available on streaming, if the rappers have their own subunit or solo work i looked at that too. I didn't watch all of their live performances, but if there was a track i was referencing and it had a live version i tried to watch that for reference.
Many of these rappers are very limited in the amount of long-form work they've put out. All my analysis should be taken with a grain of salt because of this.


​
Today's analysis will break down:
​

About ATEEZ: Their music is highly dramatic, heavy emphasis on drops and a real "world music" feel with sounds derived from Australia, the Middle East, Latin America, and the Caribbean all with strong trap beats and more recently industrial style beats as a pillar of production. Their songs are usually composed with the focus on the performance and so have longer instrumental sections. Lyrically the majority of ATEEZ songs center around reaching their dreams and one day being the best. Standard stuff for an idol group.
The two rappers of the group are also known for their "tom and jerry" style delivery meaning they often trade off verses one after the other and have two radically different sounds.
Hongjoong: High C/Low B tier
Hongjoong is the leader of ATEEZ and has been involved in writing every song they've released and had a growing production role throughout ATEEZ's time as a group. He has a pretty high timbre and usually prefers well defined stacatto deliveries mixed with a lot of well defined melodic movement in his verses.
Strengths:
Weaknesses:
​
Mingi: Mid E tier
Mingi is credited as a writer on all the ATEEZ tracks on which he appears. He is considered the lead rapper and leans heavily on his distinctive low vocal timbre.
Mingi's delivery is very centered on a focused and continuous amount of power, occasionally he uses melodic lines but usually he prefers straight delivery with some higher inflections thrown in. He has a very low and throaty tone to his voice and sometimes ranges into an almost spoken delivery.
Strengths:
Weaknesses (this is gonna be a little brutal... Atinys proceed with caution) :
​

About Oneus: Before writing this I had not listened to a full Oneus album but i'd really enjoyed their title tracks and was pretty stunned by their RTK performances. I had heard a lot about member involvement in a lot of the elements of their work, overall I was really excited for this post as a prompt for me to go and fully listen to their B-sides. Anyways all that said I am about to trash on Oneus' music a little so ToMoons I'm sorry. I have a lot of good things to say about them too, I promise.
........ ok I know I'm here to review rapping but I promise this is relevant..... the beats to the vast majority of Oneus b-side songs are quite boring and same-y like that vaguely trop-house/dancehall/electro-house sounds with a trap breakdown occasionally thrown in (there are a few exceptions obviously). Looking at the track producers it starts to make sense since most of them are RBW inhouse producers and they stay the same on most of the non-title tracks.
Again I know I'm not here to do a music review but I think a big takeaway from Oneus is how much a good or great beat can elevate even a mediocre rap performance, or really pull the best possible material from its performers, and how, on the flipside boring generic beats can turn what could be a fine rap performance into something totally unremarkable. Oneus tends to have much stronger production on their title tracks but the b-sides keep almost none of that energy and it really hurts their overall ranking and ability.
By FAR the most interesting officially released song they've had from and beat/rapping perspective is Crazy & Crazy which is produced by the Onewe member Cya who honestly impressed a lot, he definitely outdid the other two on that track. But this isn't about Onewe so i'll get on to actually talk about the Oneus members.
​
Ravn: High C tier
Ravn is the lead rapper for Oneus and has participated as a writer on every single song they've released thus far and participated as a producer on Hero from their debut album. He released a number of songs and projects on Soundcloud under his tag pls9ravn starting in 2017 Some of them are rap tracks, some of them are vocal covers, some instrumentals, and a lot of the originals are alongside the aforementioned CyA of Onewe. The songs tend to be lofi or related genres with a big emphasis on vibe and more laidback delivery.
Ravn's voice is midtone and fairly husky. He often incorporates intentional vocal fry and melody as notable parts of his style.
(On a non-rap not i'm also huge fan of the production on his instrumental SC tracks, i hope Oneus releases a whole track in that vein at some point i feel like it would really fit their vibe)
Strengths:
Weaknesses:
​
Leedo: High D tier
Leedo is ... apparently the Main Rapper (i assumed that was Ravn but idk) apparently NOT a lead dancer, and also can sing like this!!! Basically the man is full of surprises. He has written lyrics for every Oneus track on which he has appeared and also featured on some predebut soundcloud releases with Ravn and Cya.
He is a deep voiced rapper with about half and half melodic and straight delivery and a powerful but more restrained style.
Strengths:
Weaknesses:
​

About ACE: First of all this is one of my favorite groups, so if you were wondering whether I'm willing to talk smack on my faves hopefully this section answers that question. ACE has a much smaller discography than others but they also tend to be much less keyed into one particular concept and have gone all over the place in both title and bside tracks
Additionally with only a few exceptions, members have not yet expressed much interest for lyric writing or production. The only song where I saw any writing credit to the members is Wow on Take Me Higher.
​
Wow: Mid/High D tier
Wow's official position besides main rapper is main performer and that is where much of his strength as an idol lies, he is a really dynamic and talented performer. As a rapper he has a mid to low tone and a pretty straightforward style of delivery usually not melodically driven and usually fairly lowkey.
Strengths:
Weaknesses:
​
Byeongkwan: E tier
Byeongkwan is perhaps the best representation this post has of "dancer who they made a rapper because they needed a second rapper", he's not outwardly awful... sometimes???, but rapping is clearly not his passion. Byeongkwan is an EXCEPTIONALLY good dancer (put him in your 4th gen top 10 cowards!!!) and he's also a really skilled vocalist, so the rapper role feels especially secondary for him. Still, he's rapped enough times on enough tracks that it deserves comment
Strengths:
Weaknesses:

NVidia – Know What You Own

My notes to Seth Klarman's 'Margin of Safety."

The best DApps, which will likely lead the next phase.

Floating-rate notes The reset margin is the difference between the interest rate of a security and the index on which the security's interest rate is based. Fixed Income Trading Strategy CME Clearing confirms that its existing collateral policy includes acceptance of floating rate U.S. government agencies for performance bond requirements, including floating rate notes anchored to the Secured Overnight Financing Rate (“SOFR”). For the full text of this advisory, please click here. Floating rate notes can also be issued with a step up rate in the event that it is not called (repaid early or there is a trigger event such as a credit rating downgrade. How FRNs work – an example. Commonwealth Bank issued two bonds, one fixed and the other floating on 12 July 2016. Floating rate tranche Volume: A$1.8bn Interest rate: 3m Floating Rate Note (FRN) On July 31, 2013, the U.S. Treasury published amendments to its marketable securities auction rules to accommodate the auction and issuance of a Floating Rate Note (FRN). These securities complement Treasury’s other marketable securities: Treasury bills, notes, bonds, and inflation-protected securities (TIPS). In January 2014, the U.S. Treasury Department made its first sale of Floating Rate Notes (FRNs), securities whose coupon rates vary over time depending on the course of short-term rates. Now that a few years have passed, we have enough data to analyze dealer trading and positioning in FRNs. In this post, we assess the level of trading and positioning, concentration across issues, and auction

CFA Level I Valuation of a Floating Rate Note by Mr. Arif Irfanullah