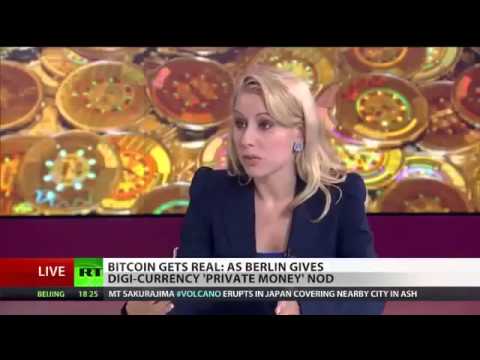 The alleged dealers involved in “Chemical Revolution” — Germany’s largest darknet narcotics marketplace — will stand trial today. The high number of initial defendants in the case has meant the trial is being held in a congress hall in Giessen, central Germany, large enough to accommodate the proceedings. While seven defendants are standing trial today, […]

Stuttgart Stock Exchange launches regulated Bitcoin trading platform - "Can rise to market leader in token economy".
The adaptation of crypto currencies such as Bitcoin, Ethereum and Co. in a regulated trading environment continues. Starting today (September 23), the Digital Exchange of the Stuttgart Stock Exchange (BSDEX) is offering Bitcoin trading. According to the press release, BSDEX is the first regulated trading place for digital assets in Germany where investors' orders are executed directly against each other according to fixed rules.
Initially, trading will only be accessible to selected customers, but further private investors and, in the future, institutional investors will be admitted to trading step by step.
What are the aims of the project?
The technical operator of BSDEX is Boerse Stuttgart Digital Exchange GmbH, a joint venture of Boerse Stuttgart GmbH, Axel Springer and finanzen.net. "Crypto currencies have created a market worth billions. Further digital assets will be established on the basis of the blockchain. We want to build the leading European trading center for this purpose," says Dr. Dirk Sturz, CEO of Boerse Stuttgart Digital Exchange GmbH, which has been active on the Stuttgart stock exchange since 2007. "Private and institutional investors will have direct access to digital assets via BSDEX, which they can trade flexibly and at relatively low cost. The blockchain will change the financial industry in the long term. We are taking up the technology trend and building the trading centre of the future," says Peter Großkopf, CTO of Boerse Stuttgart Digital Exchange GmbH.
How does trading work?
According to the press release, investors do not need a broker, but can connect directly to the trading platform. Trading is to take place "almost around the clock, seven days a week". Initially, market and limit orders will be set for trading, further order options will be added over time.
Where are the Bitcoins stored?
The press release states: "blocknox GmbH, a subsidiary of Boerse Stuttgart Digital Ventures GmbH, will hold the free custody of the digital assets acquired on the BSDEX in trust. So you don't need your own wallet to trade, you just need a trading account with BSDEX to trade.
Link to original article (German): https://www.onvista.de/news/bsdex-boerse-stuttgart-startet-regulierten-bitcoin-handelsplatz-koennen-zum-marktfuehrer-der-token-oekonomie-aufsteigen-277676051

Reason to use Bitcoin #1901: trade unions can't block your transactions (as they plan to block ATMs in Germany)

Bitcoin in Germany is tax-exempt as long as it is used for making payments, according to the Federal Ministry of Finances. This means that virtual currencies such as Bitcoin are equivalent to other legal means of payment in Germany. The Federal Financial Supervisory Authority (BaFin) in Germany treats Bitcoin as a financial instrument. The easiest way to buy bitcoin in Germany is to use a trusted bitcoin broker. These services make it as simple as possible to get your hands on some BTC. Their platforms are easy to use, you can pay with EUR using everyday payment methods like your credit card or a bank transfer, and transactions are generally processed quite quickly. Safest and fastest way to trade Bitcoin and other Cryptos in Germany. Trading . $16,914 . Countries . 181 . Users . 40,000+ Sign up for free. Save your {{account}} Details This account can be edited in the External Wallets section Bitcoin is completely legal to trade and use in Germany, although it is not legal tender so there is no obligation for it to be accepted by businesses. BaFin, the German financial authority, classifies Bitcoin as a ‘unit of account’ rather than digital currency or money. Deposit/Withdrawal limits: minimum Bitcoin amount to buy is $60, a daily limit of $5,000 and monthly limit is of 20,000 US dollars or Euros. Bitcoin.de. Made in Germany, this BitCoin exchange welcomes not only citizens of this country since it is the largest marketplace in Europe. The trading fee on the platform ranges from 0.8% to 1%.

The booming Bitcoin business Made in Germany

Bitcoin wins over Germany amid US digital currency probe - Duration: 2:30. RT 11,119 views. 2:30. Bitcoin-Mining mit Spezial-Hardware - Duration: 1:10. heise online Recommended for you. Bitcoin Trading Deutsch - Anleitung - Traden lernen für Anfänger In diesem Video zeige ich Dir wie die aktuelle Lage im Bitcoin aussieht. Das Trading Video ist auf Deutsch und zeigt Dir Schritt ... HOW TO BUY BITCOIN 2019 - Easy Ways to Invest In Cryptocurrency For Beginners! - Duration: 10:05. Bruce Wannng Recommended for you WOW!!! BREAKING NEWS FROM GERMANY!!! BITCOIN ABOUT TO EXPLODE AS GERMANY RELEADES THE BITCOIN BULLS!!! _*$402 FREE on our Trusted Exchanges!*_ 🔶 _*Bybit:*_ h... The Bitcoin has jumped from one record high to another. So when and where can you pay with this digital currency? And what are the drawbacks of this globally booming currency. A DW reporter goes ...