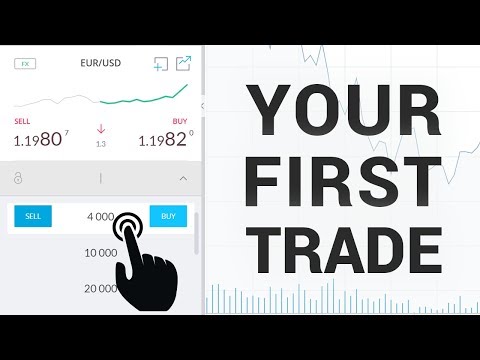 With NHL PR's press release on the CBA extension and return-to-play plan, they linked a 71 page PDF of the Memorandum of Understanding passed by the NHL and NHLPA. Let's review and discuss what changes are outlined here. For reference, here is a link to the original Collective Bargaining Agreement (CBA). Friedman's How the NHL and NHLPA found labour peace in a pandemic.

32-37) Changes to how second opinions are handled
38) Clubs cannot enter into commercial agreements that restrict their ability to select medical staff or refer players to third party service providers.
39) Parties will forma a task force to advise on minimum standards for Club medical resources and staffing on road trips
40) Changes to off season rehabilitation.
41-43) Changes to post-career medical treatment.
44) The NHL and Clubs will not oppose legislation, in Canadian provinces, to extend workers compensation benefits to professional athletes.
45) Changes to worker's compensation.
46-49) Changes to the Performance Enhancing Substances Program
50) Parties will negotiate a revised Substance Abuse and Behavioral Health Program

51) ELC compensation limits are:
52) Minor league compensation limits (for entry-level players):
53) League-Paid Individual "B" NHL Awards Bonuses (for entry-level players) are amended (starting with the 2020/21 season) to include the Art Ross, Masterton, Messier, and Clancy Awards. These bonuses will not be counted against league-wide player compensation. The amount paid will be increased by 50% starting in the 2022/23 season.
54) Club-Paid Individual "A" and "B" Performance Bonuses are amended to include the Art Ross trophy (starting with the 2020/21 season). Starting with ELCs signed after the 2022 draft, "A" bonus maximums are increased from $850K to $1M, and the maximum per category increases from $212.5K to $250K; "B" bonus (Club-paid) maximums are increased from $2M to $2.5M.
55) NHL Minimum Salary is amended:
56) UFAs who play for a club outside North America do not need to clear waivers before December 15.
57) Revised tryout agreements.
58) No-trade and no-move clauses always travel with the player in the event of the contract moving.
59) Salary arbitration briefs are limited to: 1) 42 pages (exclusive of indices, glossaries, tables of contents, and exhibits), and 2) size 12-point Times New Roman font, double-spaced, one-inch margins (except charts, tables, headings, footnotes, citations). Arbitration may not be settled after the hearing has commenced.
60) The UFA Interview Period shall be eliminated.
61) Starting with the 2020/21 season, a "Projected Off-Season Cap Accounting" rule shall replace the "Tagging Rule". From the beginning of the regular season through June 30, Clubs may not exceed the current Upper Limit plus 10% in AAV relevant for the following season. Any amounts based on rate reflective of a player's time on the roster uses the current projected time.
62) The Performance Bonus Cushion remains in the final year of the CBA
63) Cap Advantage Recapture is charged against a Club by either: 1) equal proportions in each season over the remaining term of the SPC, or 2) in an equal amount to the contract's AAV in as many seasons required to account for the full amount (the last season is the remaining amount). The later formula (2) is applied if the value in the former (1) exceeds the AAV.
64) The 35 or older cap counting rule does not apply to contracts that have: 1) total compensation (salary and bonuses) that is either the same or increases from season-to-season, and 2) a signing bonus that is payable in the first year only.
65) Clubs cannot make trades with conditions based on a player signing with a Club (if the player has a current or future contract at the time of the trade) or based on the subsequent assignment of the traded player.
66) Players signed through the subsequent trade deadline can sign an 8-year contract without waiting until the trade deadline.
67) For "Front-Loaded SPCs" the difference in the player's salary and bonuses cannot change by more than 25% year-to-year, and the salary and bonuses be less than 60% of the highest season.
68) For contracts signed after this agreement, if the minimum qualifying offer would otherwise be greater than 120% of the AAV of the contract, the minimum qualifying offer will instead be 120% of the AAV.

69) Changes to how days off are accounted.
70) Changes to bye week accounting.
71) All-Star Game Weekend events will be created by the NHL in consultation with the NHLPA. There will be no All-Star Game in a season in which the NHL and NHLPA agree to participate in an international tournament.
72) Parties will discuss minimizing travel by scheduling back-to-back road games in the same city
73-82) Changes in travel, moving costs and compensation.
83-84) Changes/restrictions to fitness testing and compulsory off-season training.
85-86) Clubs will make two complimentary game-worn jerseys available to each player, provided they are for personal or charitable use rather than commercial. NHLPA will agree to restrictions on player's use of Club-provided game-used equipment.
87) Clubs will give the NHLPA electronic player payroll records.
88) The Playoff fund will be as follows:

89) The NHL and NHLPA will participate in the 2022 and 2026 Winter Olympics, subject to negotiation of acceptable terms to each of the NHL, NHLPA, and IIHF (and/or IOC).
90) Changes to the maintenance of the Industry Growth Fund.
91) The NHL has a one-time option to modify revenue sharing on or before June 30, 2021. In the CBA, Recipient Clubs receive either a full or half share of the revenue sharing based on if their "Designated Market Area" has fewer or more than 3 million households (defined by Nielsen in the USA and BBM in Canada). This allows the NHL to change it so all Recipient Clubs receive a full share.
92) NHL will discuss providing footage and still images of NHL players to the NHLPA free-of-charge for non-commercial, editorial, and internal uses.
93) Parties will negotiate a 2020/21 calendar and schedule. Most statistics are pro-rated with a 70/82 factor for "Roster Freeze Players", but not for other players.
94) Tentative Critical Dates Calendar:
95-97) Phases 2-4 Protocols (not included in the document)
98) Disputes regarding Leafs broadcasting rights agreement and Pittsburgh non-resident sports facility usage fee have been settled.

Churchill is a famous man, one of the most famous in fact, and as such more than almost any other figure in recent history gets more films and books written about him than seldom few others. He is also an icon for many, myself included, and in my and millions of others opinions the greatest Briton. However this fame means for low effort blogspammers and lazy journalists he is a very attractive target because any article regardless of how poorly researched provided it takes a negative stance against him will inevitably be well received and trend making the insignificant time spent writing and ‘researching’ it worthwhile. The formula is simple;
Undoubtedly this post will suffer somewhat from my personal biases however unlike those articles which use blind disdain to be written I fully encourage any and all corrections or criticism. I will make amends as necessary and I encourage anyone reading and supporting this post to offer the same support to any opposing retort provided the retort is well researched.
EPILOGUE: Poison Gas or Poisoned Narrative
The blind hatred and lies are the most evident on reddit and wider circles than with Churchill’s quote.
“I cannot understand this squeamishness about the use of gas, I am strongly in favour of using poisoned gas against uncivilised tribes"
Here are just a few examples on Reddit and elsewhere of people using the quote to judge him, even going as far as to compare him to Hitler.
https://np.reddit.com/startrek/comments/bwn635/past_tense_is_almost_disturbing_to_watch_now_ds9/eq0h2kl/

"I cannot understand this squeamishness about the use of gas," he wrote in a memo during his role as minister for war and air in 1919. "I am strongly in favour of using poisoned gas against uncivilised tribes," he continued.


As bad as Hitler is a bit much, but Churchill was a really really shitty person.


Calling someone savage is quite the threat when that person said, “I am strongly in favour of using poisoned gas against uncivilised tribes.”


his well-documented bigotry, articulated often with shocking callousness and contempt. "I hate Indians," he once trumpeted. "They are a beastly people with a beastly religion."
He referred to Palestinians as "barbaric hordes who ate little but camel dung." When quashing insurgents in Sudan in the earlier days of his imperial career, Churchill boasted of killing three "savages."
Contemplating restive populations in northwest Asia, he infamously lamented the "squeamishness" of his colleagues, who were not in "favor of using poisoned gas against uncivilized tribes."


And was also "strongly in favour of using poisoned gas against 'uncivilised' tribes" a bad guy doesn't become a good guy just for fighting another bad guy.


""I am strongly in favour of using poisoned gas against uncivilised tribes," he declared in one secret memorandum."
https://www.theguardian.com/world/shortcuts/2013/sep/01/winston-churchill-shocking-use-chemical-weapons
Supporting using chemical weapons against indigenous groups is genocidally racist.
But even if Churchill was only racist and not genocidal, please prove that everyone was racist in the UK in the 1930s. You'll have to disprove the long history of anti racist movements in this wikipedia page: https://en.m.wikipedia.org/wiki/Anti-racism


"I am strongly in favour of using poisonous gas against uncivilised tribes" -Winston Churchill
" I do not admit that a wrong has been done to these people by the fact that a stronger race, a higher-grade race, a more worldly wise race to put it that way, has come in and taken their place." - Winston Churchill
"People who use quotes to prove points are stupid" -Winston Churchill (Probably)


But when they defied this script, Churchill demanded they be crushed with extreme force. As Colonial Secretary in the 1920s, he unleashed the notorious Black and Tan thugs on Ireland’s Catholic civilians, and when the Kurds rebelled against British rule, he said: “I am strongly in favour of using poisoned gas against uncivilised tribes...[It] would spread a lively terror.”


I am strongly in favour of using poison gas against uncivilised tribes. It would spread a lively terror.


It’s not just comments either, which as you can see are numerous in the use of this quote
https://www.theguardian.com/world/shortcuts/2013/sep/01/winston-churchill-shocking-use-chemical-weapons


"I am strongly in favour of using poisoned gas against uncivilised tribes," he declared in one secret memorandum. He criticised his colleagues for their "squeamishness", declaring that "the objections of the India Office to the use of gas against natives are unreasonable. Gas is a more merciful weapon than [the] high explosive shell, and compels an enemy to accept a decision with less loss of life than any other agency of war."


“There’s a line in the memo that says, ‘I really don’t understand this squeamishness about poison gas.’ Today that reads pretty badly.”

His views on other ethnic groups were clear to many and made obvious throughout his career. During his time in the War Ministry in 1919 he said he was "strongly in favour of using poisoned gas against uncivilised tribes". He said Palestinians were "barbaric hordes who ate little but camel dung". He referred to the people of the Sudan as "savages", and spent his time in parliament calling for an increased push to colonise more of the world because "the Aryan stock is bound to triumph."


The inhabitants were taken in groups of five to ten people to nearby wells, blindfolded, and bayoneted, and their bodies were dumped in the wells

In this video, Peter Martin discusses how simple it is to invest in shares using Trading 212's zero commission dealing service. Explore the opportunities for... Trading 212 293,315 views. 8:49. Lesson 10: All about margin and leverage in forex trading - Duration: 23:38. Rob Booker Trading 237,938 views. 23:38. Price Action Trading Secrets ... David Jones takes us through all the steps of opening a trade in Trading 212. He also shows us where we can set a stop loss and take profit order to manage r... In this video David Jones shows you how to set Stop Loss and Take Profit orders for your trades in Trading 212. With detailed comments and instructions for a... Being poor really sucks socks. Help me pay for expensive hotels and other stuff by signing up to trading 212, and we both get £10 free stock share. Create a Trading 212 Invest account using this ...