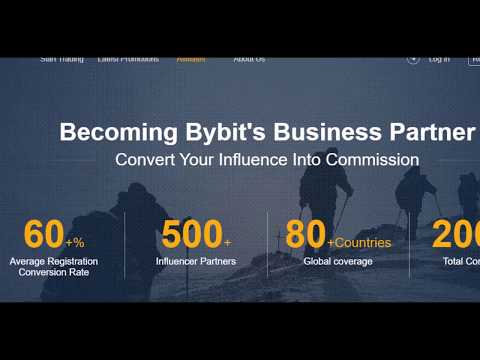 Have you ever heard of Margin Trading Facility for NRIs? It's here at Tradeplus

We have been bringing to light the various benefits of the relaxation made by RBI for NRO accounts. For the benefit of those who do not know about it,� click� to read our article explaining the changes with benefits. To continue our effort in bringing the real benefits to NRO based investors, we open up yet another facility where NRIs can utilize our Margin Trading Facility in a non-repatriate account.
​
Know more: http://blog.tradeplusonline.com/nri-trading/ever-heard-margin-trading-facility-nris-tradeplus/

The fate of Jet Airways (India) Ltd remained uncertain with no revival plan or interim funding in sight. Today, Jet Airways lenders, led by SBI, met financial services secretary Rajeev Kumar amid reports of a temporary shutdown. -Livemint
Canara Bank is the first public sector bank to shift to EMV chip and PIN for card present transactions across the country's vast ATM network. The EMV shift, as in other major global markets, is aimed at reducing lost and stolen card fraud and making counterfeit card fraud more difficult. The RBI had set a deadline of Dec 31, 2018 for the switch, mandating use of an embedded chip to replace the traditional magnetic stripe card. -Moneycontrol.com
Punjab National Bank today said it has appointed Rajesh Kumar Yaduvanshi as the Executive Director of the bank with effect from April 15. -Economic Times
The NRIs living in nearly 40 countries will now be able to open account in IDBI Bank without submitting paper documents, the bank said. IDBI Bank has launched 'NRI-Insta-Online' account opening process for NRIs residing in Financial Action Task Force (FATF) member countries, it said in a release. The person will not be required to furnish physical documents as well as KYC proofs for opening an account with the bank. -Economic Times . Lakshmi Vilas Bank today said it plans to allot nearly 5% equity shares on a preferential basis to Indiabulls Housing Finance Ltd. -Business Line
Citigroup Inc reported a 2% rise in quarterly earnings, as investment banking revenue surged and net interest margin expanded. -Business Line
Naresh Goyal, founder of Jet Airways has withdrawn from the race to bid for retaking control of the ailing airline. According to sources, Goyal has exited the process ase the lenders were not keen to go ahead with his application. -Business Line
TCS is working with Israel’s finance ministry to build platforms that will make technology affordable for small banks in the country, a Co executive told. -Evonomic Times
The US Exim Bank has recalled all loans extended to Jet Airways for buying Boeing aircraft and is likely to take the possession of these aircraft, thus, taking away all the long-haul Boeing 777 aircraft that the airline owns. Sources said that the amount of loan is about Rs 2,000 crore and the Bank is soon going to initiate the process of possessing the aircraft. -Economic Times
India’s third largest IT firm Wipro today reported a 37.74% year-on-year (YoY) rise in March quarter consolidated profit at Rs 2,483 crore. The profit attributable to equity holders of the Co stood at Rs 1,803 crore last year. -Economic Times
Nifty50 today rallied for a fourth straight session to hit an all-time closing high of 11,787.15. With this, the index broke above its consolidation zone of 11,550-11,761 it was trading in the past two weeks. -Economic Times
USD/INR 69.59 SENSEX 39275.64(+369.80) NIFTY50 11787.15 (+96.80)

A note on Season 7 changes. - The two most notable changes to the econ system this year come to the population engine and the economic strength modifiers. The population no longer calculates birth and death rates, and uses a combined statistic instead. While this prevents updating increased births and longer lifespans individually, it does allow for the use of a dataset which projects far into the future, meaning that every five years, the population growth modifiers will be changed. The economic strength modifier has been altered, with the Freedom from Corruption category being expanded into two new categories - Government Integrity and Judicial Effectiveness. Fiscal Freedom has been expanded into two new categories - Tax Burden and Fiscal Health. To read up on all twelve Economic strength categories, click here.

Click here for info on the GlobalPowers economics system.

SSW Mata places 33% more wards than TSM Lustboy and 48% more than C9 LemonNation. FNC YellOwStaR one of the best supports in the world.


For now it is just about the amount of vision they bring to their team.

[Thank you for reading, hope you enjoyed it.
If you want to read on how korean teams use vision control to make decisions, you can check my other post here: C9 vs NWS game 2
The spreadsheet with all the data can be found here.
You can follow me on Twitter @loldevelar]

Normal Vs Margin Trading Difference. In normal trading, an NRI can place a buy order and the full trading value is debited from your NRI bank account once the order is executed. The shares are credited in your NRI demat account in T+2 days where T is the day of your trade.. In margin trading, you can place a buy order and only the margin amount is deducted from your account on order execution. Intraday equity trading, currency trading and Commodity trading is not allowed for NRI's.> ProStocks NRI Investment Services include trading in equities, futures, and options on NSE and BSE at the cheapest brokerage of Rs 100 per executed order. Broker updates the trading limit (margin) for an NRI customer as per the detail provided by the custodian. Broker does end-of-the-day settlement with the custodian for all transactions by the client. Custodian charges a clearing fee of Rs 200 to Rs 300 per crore over and above the brokerage charged by the broker. NRI Trading Restrictions #2 – Trade Ceilings. These are various NRI Trading Restrictions that are imposed on an NRI for trading. These restrictions are as follows: If an NRI is trading in shares of an Indian listed company, he cannot hold more than 10% of the total holdings of that company. If the company is a public bank, the maximum How to start Margin Trading in 5 steps as an NRI? Open an NRO account with any of the Indian banks. Get Custodian Participant Code (CP Code) from Stock Holding Corporation. Open trading account with Vertex Securities Ltd.

Taxation is an essential aspect of personal finance, whether you are a Resident Indian or a Non-Resident Indian (NRI). However, when you get into the details, you will find that tax rules are ... Trading made easier: With this new platform, Get an enhanced trading experience with multiple features like upfront stock eligibility, margin requirement, market depth, . ... NRI Demat Account and NRI Investments : How to manage Stocks and mutual funds when you become NRI - Duration: 17:45. Financial Literacy Abhiyan 9,830 views 17:45 Who is NRI ( Non Resident indian ) Are you an NRI ... Lesson 10: All about margin and leverage in forex trading - Duration: 23:38. Rob Booker Trading Recommended for you. 📌Binance SHORT TRADE Tutorial Binance Margin Trading FULL Tutorial Margin Trading Beginners - Duration: 20:03. Mango Research 33,054 views. 20:03. Bybit/BitMex Shill Scheme EXPOSED! Getting ...